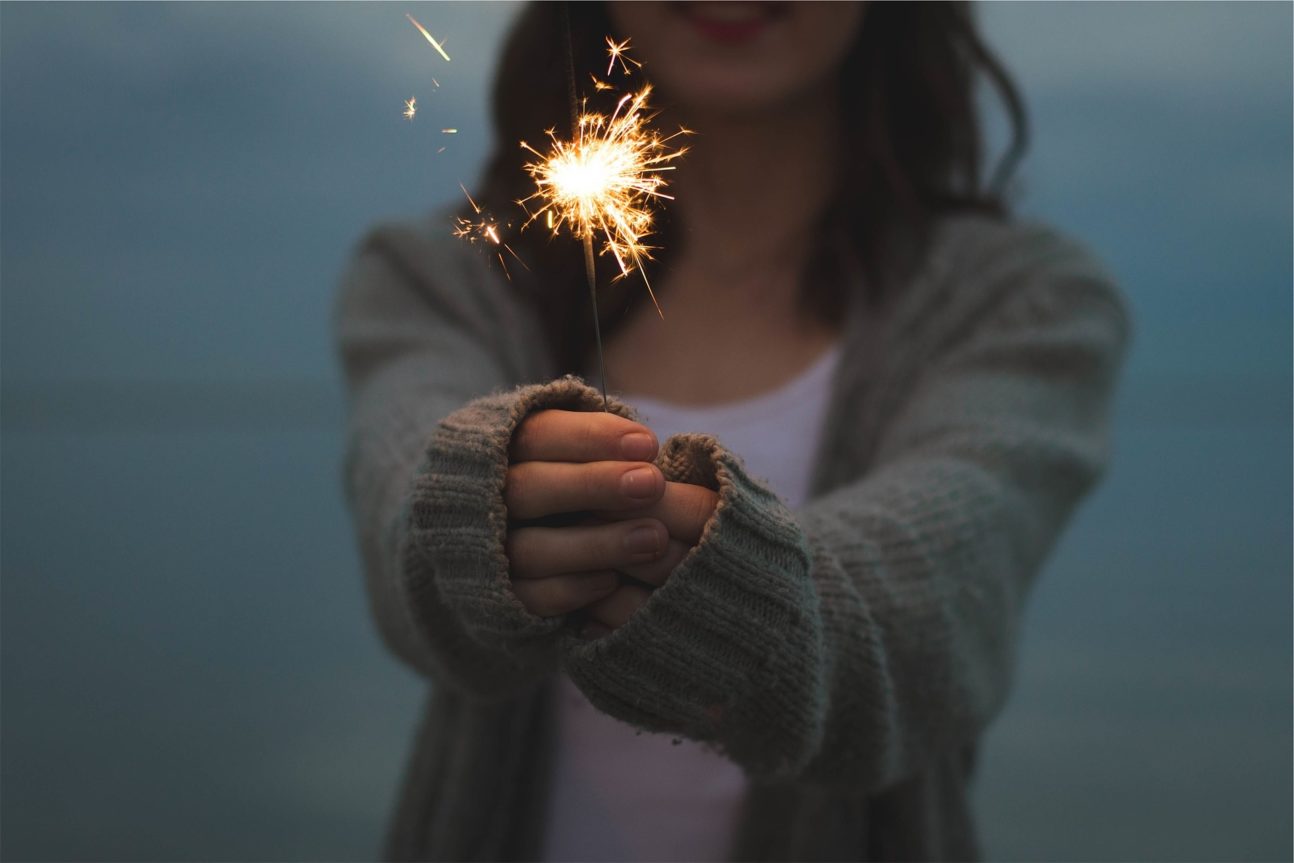 It is the quality that allows some people to be knocked down by life and come back stronger than ever. Rather than letting failure, trauma or misfortune overcome them and drain their resolve, they find a way to bounce back.

The initial research on resilience was started by Norman Garmezy in the 1970s. He was a developmental psychologist at the University of Minnesota who became curious about children who would succeed, often excel, despite significant adverse circumstances. He studied thousands of children over a 40-year period, mostly at schools with low socioeconomic standing. At each school, he asked the same question of the administration: “Are there any kids who seemed likely to become a source of trouble, who instead have become a source of pride?” He liked to tell the story of one boy in particular. He was 9 years old and had an alcoholic mother and an absent father. Each day he would arrive at school with the exact same thing for lunch: two slices of bread put together with nothing in between. Without the means or support from his family, he figured out how to make lunch. Likely he wanted to come across like he had a normal home life and did not want anyone to pity him. Every day, without fail, he would walk into school with a smile on his face and a “bread sandwich” in his bag. He was resilient.

Garmezy and others studying resilience looked at psychosocial traits to see what tied these successful people together. They found that resilient people tended to possess positive emotions, and had the capacity for self-regulation. In general, they also had close friendships, and a positive bond with a primary caregiver. While these markers still hold today, we also understand much more about some of the biological processes that underlie resilience.

Resilience, it turns out, is reflected in our body’s ability to adapt under stress.We have all experienced the ebb and flow of life stress followed by periods of calm. We also know that stressful experiences often herald danger. As an organism interested in survival, it makes sense that neurological and biochemical mechanisms developed to alert us to danger; this is the body’s stress response. The system is designed to be able to navigate stress and then return to a state of calm when the danger had passed.

Prior to the evolution of mammalian social groups, survival depended upon each individual constantly surveying the environment for safety or danger. If the komodo dragon didn’t feel safe, then whomever or whatever was in its vicinity was viewed as the cause of danger, and its body would mount a stress response. With the evolution of social groups, evaluating the source of danger became more complicated; the komodo dragon is solitary and does not have friends, but the baboon needs to discern friend from foe. As we evolved into social animals, the more primitive, “reptilian” neuroanatomy was maintained, in addition to newer adaptations allowing us to learn, most of the time, how to tell the difference between ally or enemy. These newly evolved brain areas also meant that a positive bond to a caretaker was possible, leading to secure attachment relationships and the development of self-regulation.

What happens if our environment is generally not safe? Or our caregivers or other members of our social group are a source of stress? The result will be an individual whose body is often in a state of stress. This makes it more difficult to develop secure attachment relationships or the capacity for self-regulation. Thus, Gamerzy and the other researchers who found resilient individuals were seeing people whose nervous systems could adapt under stress, even in the face of ongoing challenges.

Fortunately, there are strategies we can employ which will facilitate down-regulation of the body’s stress response and lead us to a state of greater calm. At the end of this article, I will share the acronym BOUNCE and elaborate on six brain-based elements useful in developing resilience. Being resilient, it turns out, is essentially experiencing stress and then recovering from it.

If being resilient is a biologically normal process, then why do some people demonstrate a greater capacity to recover from stress than others?  In fact, we are all hardwired to stay alert to danger since the possibility of threat may be just around the corner. We diligently survey the environment looking to see if it is safe or dangerous. This vigilance occurs below the level of our awareness. For many, the environment in which they live is safe and secure making it easy to be able to respond to stress, then recover to a state of equilibrium.  But most are not so fortunate. Imagine encountering danger over and over and over again. In that case, the stress response system essentially learns that because the possibility of peril is on the horizon much of the time, then it should stay ramped up. So, the program changes from “respond to stress then recover to a state of equilibrium” to “STAY STRESSED BECAUSE BAD STUFF IS HAPPENING!”

Essentially, evolution dictated that, any organism that is not alert to danger will likely end up as lunch, so it “pays to be anxious.”It makes sense then, that if we are surrounded by danger a lot of the time it really pays to be anxious.

It is also vital to understand that evolution guided us to be social; humans who could be social and cooperative were better protected from the saber tooth tiger, ate better, and were kept warmer by the group at night. Essentially, the brain (indeed our entire nervous system) evolved to be a social organ built on experience. Feeling safe and protected by reliable caregivers positively influences our capacity to respond under stress. In contrast, feelings of imminent danger, or having unreliable caregivers make recovery from stress less likely, causing flexible adaptation and self-regulation to be difficult. Understanding the extent to which our experiences shape the way we approach the world helps us to see that it is not productive to say, “What is wrong with you?” when someone is not coping well. Instead, try saying, “What happened to you?” Or “Was there anyone there for you?”

Of course, we are more than just our experiences. When we are first born, our entire nervous system is awash with cells and biochemicals genetically programmed to perform certain functions. While the primary task at hand is to ensure survival, the newborn has also inherited a temperament which will influence their disposition towards others and their attitude interacting with their environment. In addition, some experiences and/or environmental exposures can lead to certain genes being transcribed and others not. As an example, a person may have a genetic vulnerability to developing diabetes or depression, but unless certain events occur, those genes won’t be transcribed. I liken this to a library full of books. The books are there on the shelves (genetic template), but what is manifest in life will depend on which books are checked out and read (transcription genetics).

We are complex social beings and our way of being in the world is shaped by both nature and nurture. Ultimately, how we manage in life is dependent in large part on how safe we feel. The part of our brain that we share with the komodo dragon is very powerful. But unlike our reptilian ancestor, because our brains are social organs built on experience, the quality of our relationships will influence that sense of safety a great deal. Think for a moment about what surrounded you when you were growing up. Was your home stable and consistent? Did you stay in the same neighborhood or move around a lot? Were there a lot of people in your household, or just a few? Were your parents reliable and loving? Was anyone sick? Was there substance abuse around you? What about verbal abuse or violence? Did you feel safe? Were you often worried, or more likely to be content? Those early experiences created patterns of neural firing, influenced by genetic makeup, and became the lens through which you and I now view the world.

Here we have seen that we are organisms 1) born with prescribed genetic material, 2) subject to transcription of certain genes based on environmental exposures, and 3) dependent on safe, quality relationships and experiences. These are the primary factors that determine an individual’s ability to adapt under stress, to be resilient.

While we are not all given the building blocks to guarantee a resilient nature, we do have the capacity to build and increase overall resilience, that is to improve our ability to adapt under stress. Without a doubt, the foundation for building stable emotional regulation lies in acquiring secure, supportive relationships. Also, our ability to reflect on the past and anticipate the future allows us to envision the way we want to act and interact, and to build a new narrative for ourselves. Through these and other intentional practices, we can actualize our resilient nature, adapt to the stress of life, and return to a state of mostly calm.

I hope the following acronym is a useful prescription, building on the description of resilience outlined above. Here are six elements that are important to building resilience; to help you or others to BOUNCE back. Each one incorporates evidence based brain concepts. As you read the descriptions, recall that we are wired to be watchful for danger AND we have the capacity to down-regulate the influence of those more primitive parts of our brain.

Putting all of this together, I hope you can see resilience as I see it – an adaptation under stress. I hope that the acronym will be useful as you work with yourself and others to BOUNCE back.

In summary, I believe that working on resilience is such an opportunity. Being resilient is not something that you either have or you don’t. It is an integral part of our in-born stress response so there are aspects of it that we all navigate every day. The things we need to do to help someone heal from significant adverse experiences are the building blocks of what we all need to do to thrive. When you show up with a healthy mind you make it easier for those around you to lean into their own healthy way of being.