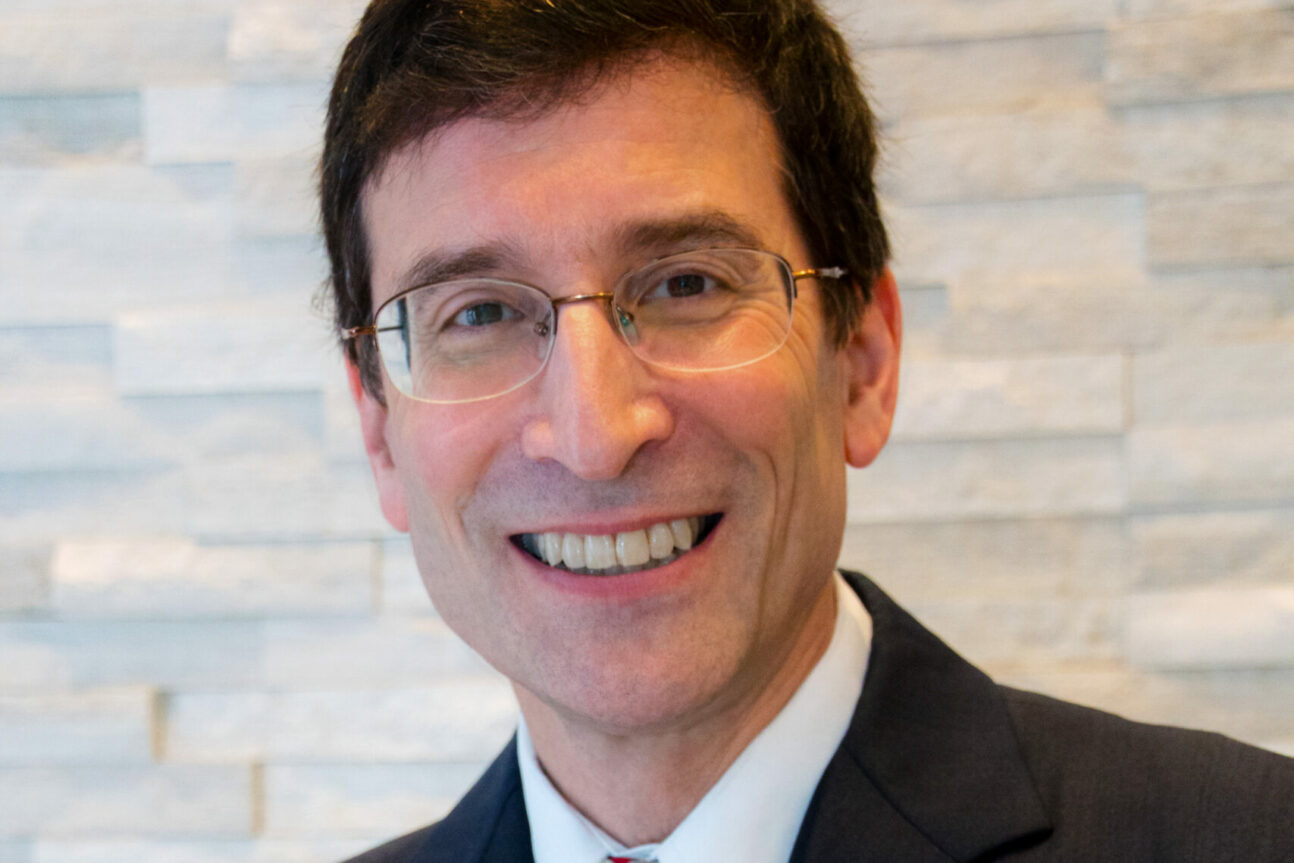 Twenty-plus years ago I went on my first – and, so far, only – poltergeist investigation.  It was at the invitation of the late William Roll, PhD, a renowned parapsychologist in that small field.  I drove to a central Pennsylvania town, where I met a middle-aged couple who’d asked Roll for his help given a purported string of ghostly sights and sounds and, supposedly, objects moving of their own accord.  Bill and I and another investigator camped out there for 3 days.  While we didn’t witness anything paranormal, my questions to the couple turned up some intriguing clues as to how psychic phenomena – if they are indeed real – might be planted in the soil of neurobiology and manifest in light of interpersonal dynamics.

The wife was energetic and outgoing, with a good sense of humor.  She said she was affected by allergies and migraine headaches, and that these and other sensitivities ran in her family.  She told us that she’d had a troubled (though not uncommon) childhood, marked by parental infighting and, ultimately, divorce.  Nothing in her manner seemed the least bit pathological; only the accounts she and her husband gave suggested anything weird.

The husband was quite a bit different.  He presented a calm and stolid figure, speaking little and seeming to almost fade into the background.  He referenced much more significant childhood trauma – parental alcoholism and suicide.  We were talking one day when he said, out of the blue, “Come on upstairs, there’s something I want to show you.”  In a bedroom he went to a gun cabinet and took out one of the rifles.  We were in a rural part of Pennsylvania with a hunting tradition so I wasn’t unduly alarmed.  What did shake me, however, was his next gesture.  He asked me to hold out my hands, placed the gun in my grasp, and said almost matter-of-factly, “This is the gun my daddy used to kill himself.”  I wasn’t sure whether to feel horrified or honored – I suppose I felt both.  What did occur to me later, though, was how much difficulty this man must have lived through and how much trauma must lurk within his being.

Having interviewed many people over the years who claim to have had psychic experiences – telepathy, precognitive dreams, apparitional perceptions, etc. – I’ve thoroughly considered how these might be explained if they’re the least bit bona fide.  My explanation relates to the power of feelings – not only the power they exert within the individual but the influence of feelings as they grow between individuals, forming attachments and life-long bonds.

A pair of examples will serve to demonstrate the centrality of such bonds to what are termed ‘telesomatic events’ – ESP-like experiences where one has a sudden, unshakable feeling that something bad has happened to another person.  In our first example, a mother was writing a letter to her daughter when her right hand felt as though it were burning and she dropped the pen.  Less than an hour later, she received a phone call telling her that her daughter’s right hand had been severely burned by acid in a laboratory accident.1  In our second instance, a man felt himself choking inexplicably, only to learn later that his father had been choking (and dying) at the same time thousands of miles away.2

Before continuing, it will be important to distinguish the meaning of 2 words as I shall use them: feeling and emotion.  A feeling I’ll define as either a bodily sensation or a palpable sense of what one is experiencing.  These begin with touch and include pain, pleasure, hunger, thirst, satiation, alertness, tiredness, wellness and illness but also encompass such feelings as anger, fear, love, hate, sexuality, happiness, sadness, jealousy, pride, exhilaration, alarm, anxiety, dread, hope, disappointment, longing, regret, etc.  All such feelings are anchored in the body and may or may not be conscious perceptions.  An emotion I’ll define as the expression or demonstration of feeling as it moves through the body.  This is what you do when you ‘emote’ – you make that feeling known.  Any feeling becomes an emotion once it is expressed.  (I’ve adopted this view of things via my study of bioenergetics, developed by psychotherapist Alexander Lowen.)

Also important to the view I’ll be propounding is the concept of the ‘felt sense,’ i.e., one’s fundamental awareness of being embodied.  Originally coined by philosopher Eugene Gendlin, the term has been elaborated upon by psychologist Peter Levine.  In his words: “The felt sense can be said to be the medium through which we experience the totality of sensation….Even when you are not aware of it, the felt sense is telling you where you are and how you feel at any given moment….It is so integral to our experience of being human that we take it for granted.”3

But people don’t take it for granted when they are faced with an overwhelming shock to the system – a grievous accident, an attack on their person, a natural disaster – and their accustomed felt sense changes drastically.  Especially in instances where fleeing from the danger or fighting back is not possible, Levine points out that they will be forced to freeze, to hunker down, in order to survive the threat.  This immobility – coupled with the involuntary dissociation that tends to accompany highly stressful situations – means a ‘sea change’ in the felt sense.  Furthermore, the vast bodymind energy that is automatically summoned for the fight or flight response is thrown into abeyance when one shifts into freeze mode.   By way of analogy, Levine suggests picturing “what occurs in your car if you floor the accelerator and stomp on the brake simultaneously.  The difference between the inner racing…and the outer immobility…creates a forceful turbulence similar to a tornado.”4  Trauma will result if the affected individual is prevented from discharging or dissipating that ‘frozen’ energy.5

What is the connection with the paranormal?  Simply this: the literature shows a clear and consistent association between childhood trauma and self-reported paranormal perceptions.6  While the simplest explanation is that magical thinking is at work – that traumatized people involuntarily conjure up fantasies in order to rise above their difficult past – I suggest an alternative point of view.  It seems possible that the calcified energy resulting from a short-circuited felt sense could cause or contribute to such phenomena as apparitions, poltergeists, telesomatic events, and telepathic dreams.  Consider how often ghosts are said to be the spirits of people who died violently, ruefully, or unnaturally: on the battlefield, through a tragic lovers’ spat, with an allegedly guilty conscience or some heartfelt goal or aspiration left undone.  If feelings themselves comprise energy – the bioelectricity that powers cells – then we can picture significant, unexpressed feelings possibly ‘spilling out’ in some way into their surroundings if they are thwarted from realization.  Consider how often, in telesomatic events and telepathic dreams, a matter of life and death or deep personal importance is being conveyed.  The antics of poltergeists, too, while bizarre, frequently revolve around a single troubled person (often an adolescent) and/or a family whose dynamics betray quite a bit of tension.7

I further submit that a person’s underlying neurobiology plays a role in anomalous experience.  The concept of thick and thin boundaries, developed by the late psychiatrist Ernest Hartmann, provides an ideal framework for envisioning how this could be.8  Hartmann proposes that everyone differs along a personality spectrum ranging from extremely thick boundary (close-minded, armored, highly organized, not conversant with feelings) to extremely thin boundary (open, sensitive, traffics in differences and nuances, highly conversant with feelings).  My own contribution is to suggest that we picture feelings as similar to water: both are fluid in their own way and can pool, gush, meander, or stagnate.9  The highly thick boundary person, who is slow to recognize what s/he is feeling, is more likely to engender anomalies whereas the thin boundary person, who is quick to feel and react, is more likely to perceive anomalies, in my estimation.10

How a person ‘becomes’ thick or thin boundary is undoubtedly shaped by both nature and nurture.  The infant’s interaction with her/his caregivers, the quality of those attachments, her/his susceptibility to stress and capacity for self-regulation undoubtedly figure into one’s placement along the boundary spectrum.11  Furthermore, given the work of the late Jaak Panksepp,12 there is every reason to assume that different types of mammals have the capacity to feel similar things and may even perceive or contribute to anomalies themselves.  The notion is not so far-fetched, I submit, given the finding that elephants – and perhaps many other species – exhibit PTSD-like symptoms of trauma.13

The work of neuroscientist Antonio Damasio, which explores the interrelationship of the brain and the rest of the body in creating emotion14  and that of the late Candace Pert, a molecular biologist who saw “the entire body…as a single sensing and feeling organ,”15 is especially germane to the outlook I am advancing.  Both consider feelings and emotion as central to the self.  “Feelings bear witness to the state of life deep within,” said Damasio.16  It is my proposition that feelings are the core contributors to what we know as the paranormal; as such, reports of anomalous occurrences stand to illuminate the feeling lives of the individuals involved.  Furthermore, since emotion is a manifestly interpersonal phenomenon, the dynamics between thick- and thin-boundary people and the matters of emotional import between them are likely drivers, in my view, of anomalous activity.  Finally, if Levine’s conception of trauma and dissociation distorting the felt sense is correct, then common phrases such as “taking leave of one’s senses,” “breaking into a cold sweat,” and “pale as a ghost” may be an accurate – indeed, palpable – descriptor of the genesis of anomalies.