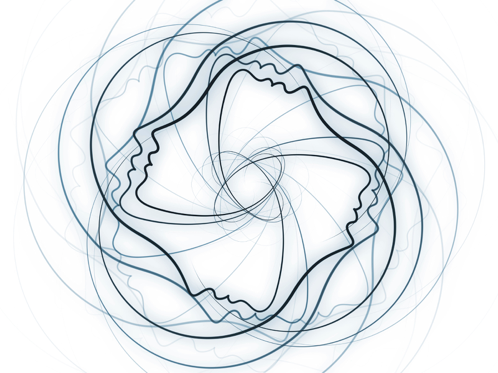 By Sarah Peyton, author of Your Resonant Self

As I prepared myself to present a weekend workshop in Vancouver, British Columbia called Healing Addiction: Acknowledging the Impact of Trauma, I thought about the beauty of the words, “gathering oneself together.” There’s the in-breath that comes with the contracted diaphragm, a counterintuitive shortening of muscle that leads to the expansion of the lungs; the summoning of a train of thought that can be shared; the collecting of intention, which then allows connection and entrainment with an audience, accompanied by unexpected flights of creativity in the midst of clarity; and the quieting of the people who are getting ready to listen, who don’t even know yet that they will be travelling a journey of their own through the compelling landscape of interpersonal neurobiology. Things have to come together for communication to happen, and every step of this invitation to convergence is one that can be interrupted and blocked by trauma.

We know the effect that trauma has on lives. And we know from the brain imaging done by Martin Teicher and others that each different type of trauma leaves a different trace on a human brain. The effect is made even more clear by the ACE study, a huge-scale research project (17,337 subjects)1 that shows that each different type of trauma makes addiction exponentially more likely. Somehow, though, a visceral understanding of the truth of the effect of trauma is elusive for humans. Instead, people who struggle with addiction are more often shamed than met with understanding and compassion.

I took another breath and began to speak.

“Today we will be discussing the link between trauma and addiction,” I said. “In order to understand this more fully, it’s important to know the way that traumatic memories become super-glued together into entangled globs of perceptual, cognitive and emotional cues. Let’s look at a traumatic memory that someone has. Who is willing to share with us something that has never left you and that causes you some trouble in your life now?”

A young man raised his hand. “I was frightened by a charging, barking dog when I was three,” he said. “I haven’t been able to relax around dogs since then, and when I think about it, I get really tense.”

We stood together at the side of the auditorium, on the rising stairs, and began to build his memory of the instant of greatest fear, using people from the audience to demonstrate how traumatic memories are formed. He chose one person to be his four-year-old self, and another to be his amygdala. His four-year-old sat in a chair in the center of the stage, and his amygdala stood behind him.

Then we began to gather the sensory (what was seen, heard, smelled, or felt, internally or externally), cognitive (the thoughts that a person had, or the reasoning they worked out), and emotional elements (like grief, anger, fear, or hopelessness) of the memory, to create as vivid and complete a picture as possible.

“It was fall,” he said. “So I was walking through fallen leaves.”

“Let’s bring someone in for the leaves,” I said. One of the audience members walked up and stood behind the amygdala, touching it. “What else do you remember?”

“I remember the dog’s teeth as it was coming toward me,” he said.

Someone from the audience came and touched the amygdala to represent the teeth. Others came to represent the shock, the frozen fear, the distance of the child from his mother, the smell of the road, and the helplessness.

“Is that everything that you remember?” I asked him.

“What is the gift you would like to send this child, that would let him know that you understand exactly what he needs and is longing for in this moment?”

“I’d like to send him protection and physical safety,” the man replied. He chose two audience members to carry these gifts to his child self. As he watched the gifts being delivered, he visibly relaxed, and the child self spontaneously stepped out of the memory toward the gifts.

I requested another person from the audience to represent the hippocampus and claim each element of the memory for itself. (This represents the contextualization and time-stamping that becomes available once the superglue of traumatic emotion begins to shift, a process that is hinted at in the fear extinction studies done with mice. This allows the brain to reconstruct the memory through a lens of empowered meaning-making that diminishes the hold that it has over a person.)

“How are you now?” I asked the man. “Oh,” he said in surprise. “I feel lighter! And that experience with the dog was just something that happened in my life—my body doesn’t tense with the memory anymore.”

I explained to the audience, “This picture shows us the way that the amygdala takes every element of the memory and binds it all together like super glue2, so that if your thoughts touch any one of the elements, you are carried right back into the memory as a whole, as if it were happening again. It allows you to have a visual impression of the process of Post Traumatic Stress. The good thing about the amygdala having no sense of time is that our traumatic memories remain forever available for healing. When our traumatized selves have a sense of being deeply and precisely understood, the body relaxes, the amygdala lets go of the super-glue links, and the hippocampus can come in and contextualize all of the elements of the memory3 so that there is a sense of distance. This way, the body no longer misconstrues the event as something that is happening in real time.”

When people see the way that trauma forms sticky nets of energy that trap our life energy and reroute our thoughts into emotional overwhelm, they begin to understand the importance of the ACES questionnaire, how their own traumas have had an effect on them, the ways in which addiction itself is a coping response to trauma, and a new sense of self-compassion can be born.

This entire process symbolizes the warm and precise understanding that can be conveyed by humans to one another when they stay in relational, resonant language (and simultaneously hold a compassionate view of our brains); acknowledge the elements of memory; and send the younger self a gift.

At the end of the day, many of the people in the auditorium—who ranged from counselors to social workers, formerly homeless addicts to daily-use-marijuana-smokers, alcoholics in recovery to compulsive shoppers, and teachers to students of interpersonal neurobiology—offered their feedback. This included the visceral relief of deeply understanding the superglue of trauma and how it becomes a flytrap of memory that makes the insides of our brains unbearable, and our addictions and choiceless behaviors so compulsive. They also told me that they could now understand the immense power of sending acknowledgment and gifts back through time to the parts of us that lived through difficult and frightening events. The “younger self” who might have had little to no accompaniment in the midst of a painful situation can now receive the experience of resonance and empathy—something that, in an ideal world, every one of us would experience.

This entire process symbolizes the warm and precise understanding that can be conveyed by humans to one another when they stay in relational, resonant language (and simultaneously hold a compassionate view of our brains); acknowledge the elements of memory; and send the younger self a gift. Although it is deceptively simple, the collective process contains a beauty and potency that we don’t often get to see—but that is deeply significant in addressing the individual and social ramifications of trauma, which can preclude easeful engagement with ourselves and others. The ritual of freeing our amygdala from the continual stress of holding traumatic memories can move us into the fluid space of being with, a state in which healing becomes possible and we can make meaning of our lives while creating a tiny breathing room in which our addictions wield less power over us. This makes it even more possible to truly gather ourselves together and be deeply, compassionately present with our own internal states, as well as those of others. This convergence of compassion, being with, and holding all of the complexity of our experiences can become the gathering place of deep healing.

Sarah Peyton, communication and neuroscience educator, teaches how our language changes the way we think about and respond to the world. She works with audiences internationally to create a compassionate understanding of the effects of relational trauma on the brain. Her first book, “Your Resonant Self: Guided Meditations and Exercises to Engage Your Brain’s Capacity for Healing,” was published by W.W. Norton internationally in autumn 2017. www.yourresonantself.com