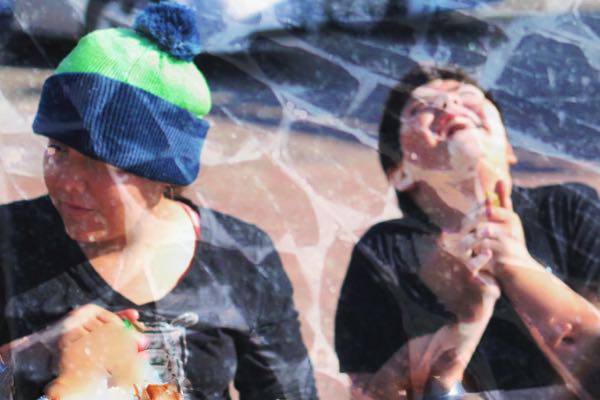 Fear sparked by Hal, a large rage filled teenager with a chair raised high over his head, charging across my science classroom directly at me.

His rage and my fear were suddenly interrupted by the noise of smashing glass as the chair crashed into the low hanging overhead light fixtures. We were both stunned. The stunned silence was gradually transformed as one-by-one the 27 boys in my residential school’s classroom began to chuckle and then laugh uproariously. Hal and I looked each other and joined in the laughter. It was one of the many unforgettable experiences during the first year of my career of working with difficult to teach students.

Revisiting this dramatic incident continues to offer learning opportunities especially as new research on the brain deepens our knowledge and improves our hindsight.

During the few seconds of this event, my vision and hearing – all of my senses and all of my thoughts – were narrowly focused on Hal. The narrowing began a full half-second before I could actually comprehend what was happening. Fear and anxiety immediately narrows our senses and our thoughts focusing them on the threat in order to protect us (Siegel, 2012). Through out the incident I saw only Hal and the chair, because he was a real threat to my life. I was no longer a first year science teacher, I was prey and Hal was predator.

My thinking narrowed, because the primitive survival system of my brain (the fight-fight-freeze system) was turned on and the higher-level default system designed for human connection and well-being was turned off. Steve Porges (2011, 2017) describes this in detail with his polyvagal theory. Briefly, he states that the vagus nerve regulates three neurological levels designed to control our response to the environment. The highest and evolutionarily newest level is wired to connect us to one another, keep our heart rates low, and our immune systems functioning well. It does this mostly through the vagus nerve that regulates our heart, lungs, the tiny muscles in the middle ear used for focused listening, facial muscles that control eye gaze, and the muscles in the throat that regulate our voice tone. Perhaps you can see how voice tone, facial expressions, and focused listening can be the neurological foundation of how we connect with each other. The vagus nerve operates nonconsciously, out of our awareness because it plugs into the brain stem, which is far below the brain regions that allow us to have conscious control. Because I had a nonconscious neurological response to Hal, (Porges would call it a neuroception of danger), there was no “thought” in that first half-second. My body reacted before I could “think” about it, which included putting my hands up to protect myself and ducking from the flying glass.

The nonconscious default system that is designed to keep us connected and reasonably relaxed is incompatible with what is needed when we are under attack. The default system shuts down as the second and more primitive amygdala and the fight-flight-freeze system turns on – that was when I turned from science teacher to prey. When this happens, long-term well-being is sacrificed for short-term survival (Cozolino 2013). Short-term survival was definitely a good thing for me, but it had long-term consequences when my fear morphed into chronic anxiety. Had Hal’s chair not hit the light fixtures it is possible that the third and most primitive part of the vagus nerve would have clicked on. This ancient system, present in almost all animals, is designed to protect us from predators by faking death. In other words I would have fainted dead away.

Luckily that did not happen, but through out the balance of that school year the recurring memory of the incident (and others) fueled my anxiety. My anxiety continually activated the same neurological system as the short-term fear, but to a lesser degree. For example during the incident my body released Adrenalin for the quick response that was necessary. Cortisol was also released but it takes longer to affect the body (minutes instead of fractions of a second).

Perhaps you might like a two minute refresher on the practical differences between fear and anxiety… Here is a short (98 second) video that clearly describes the difference between the two.

Adrenalin and cortisol are designed for incidents like mine. There is a problem, however, because when cortisol is continually released as it was with my anxiety, it suppresses the immune system, increases blood pressure and blood sugar levels, decreases libido, contributes to obesity, and more. At the time my anxiety narrowed my thinking to obsessively thinking of and watching Hal, made it hard to sleep, and made me dread the morning drive to school.

Another consequence of the narrowed thinking caused by my anxiety was that it made it difficult for me to connect with and learn from my highly experienced teacher mentor. I found it impossible to take her advice and become flexible and innovative with my teaching.

It is the same with our students, anxiety dampens the circuits that connect them to us and each other, narrows their thinking, and has a negative effect on their learning, just as it did on me with my teacher mentor (Cozolino 2015). As you can see it is important to make our classroom islands of safety to quiet fear and anxiety so students can be open to new learning and we can maintain the flexible thinking that is so important when teaching, learning, and making decisions in our complex world.

As I revisit this incident with the knowledge of how the brain works and the negative impact fear and anxiety have on learning and flexible thinking I have gained even more appreciation for Franklin D. Roosevelt’s famous quote from his first inaugural address:

“…let me assert my firm belief that the only thing we have to fear is…fear itself — nameless, unreasoning, unjustified terror, which paralyzes needed efforts…” (March 4, 1933).

Since then I have learned that even together we can minimize “the only thing we have to fear is fear itself.”  Our nervous systems are built to nonconsciously connect with others to regulate fear and other emotions.

You have a wonderful opportunity to learn more about the fascinating ability of your nervous system to connect to others and co-regulate emotions by watching The Living Journal Webinar featuring GAINS Advisory Board Members Bonnie Badenoch, Ph.D. and Stephen Porges, Ph.D. from September 11, 2017.

Siegel, D (2012) The Developing Mind (Second Edition) How Relationships and the Brain Interact to Shape Who We Are. New York: Guilford Press. 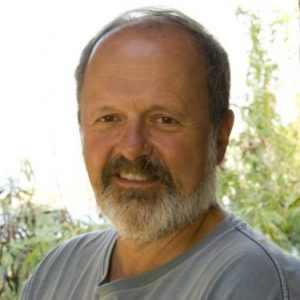 Kirke Olson, Psy.D. is a licensed psychologist and nationally certified school psychologist, with a 40 year career helping teachers and administrators of neurodiverse and neurotypical students pre-K through college apply research on human relationships, neuroscience, and mindfulness to educate the most complex students.