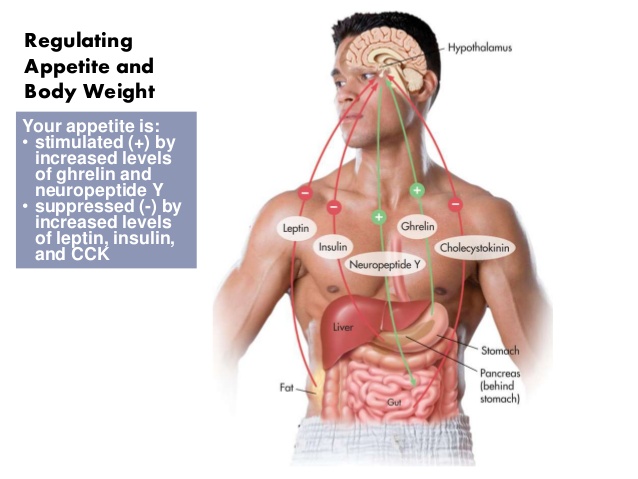 We are becoming more informed about the relationship between the gut biota and mental health (see refs 1-7). The “gut-brain axis” is a well recognized, bi-directional communication system. The abstract for Evernsel and Ceylan’s (2015) paper summarizes the pricinciple aspects:

The gut microbiota is essential to human health and the immune system and plays a major role in the bidirectional communication between the gut and the brain. Based on evidence, the gut microbiota is associated with metabolic disorders such as obesity, diabetes mellitus and neuropsychiatric disorders such as schizophrenia, autistic disorders, anxiety disorders and major depressive disorders. In the past few years, neuroscientific research has shown the importance of the microbiota in the development of brain systems. Recent studies showed that the microbiota could activate the immune and central nervous systems, including commensal and pathogenic microorganisms in the gastrointestinal tract. Gut microorganisms are capable of producing and delivering neuroactive substances such as serotonin and gamma-aminobutyric acid, which act on the gut-brain axis. Preclinical research in rodents suggested that certain probiotics have antidepressant and anxiolytic activities.

Bottom line is that a healthy gut can be very beneficial for mental health and the management, if not recovery from neurpsychiatric disorders. The condition of the gut biota is communicated to the brain in a variety of ways, including afferent stimulation of the Vagus nerve (Forsythe, et al., 2014):

The vagus appears to differentiate between non-pathogenic and potentially pathogenic bacteria even in the absence of overt inflammation and vagal pathways mediate signals that can induce both anxiogenic and anxiolytic effects, depending on the nature of the stimulus. Certain vagal signals from the gut can instigate an anti-inflammatory reflex with afferent signals to the brain activating an efferent response, releasing mediators including acetylcholine that, through an interaction with immune cells, attenuates inflammation. This immunomodulatory role of the vagus nerve may also have consequences for modulation of brain function and mood.

With that background from the literature, the best thing we can do, as a preventative and curative measure, is to live a healthy life. Eating is a very natural part of life, but mealtimes have become distorted by the changing pace and functions of society. How we eat, when we eat and who we eat with has changed in the modern era. Our natural inner processes, however, have not. Understanding a little more about WHY we have urges to eat at certain times of the day can only help our decisions about the quantity and the quality of mealtimes. A healthy and well timed dietary practice can make all the difference.

There are lots of different mechanisms that incite us to eat. Most of the mechanisms have other jobs, too. Sometimes their main job is to regulate eating and not eating. Sometimes over or under eating is an unfortunate side-effect. It is reasonable to say that the “eating” side-effect has only become a noticeable a problem in the modern times of a constant over-supply of food. Nowadays, we are able to respond by eating to any and all of these hitherto healthy inclinations and stimulations to eat. It is so easy to find food that many are eating themselves sick. Not only with metabolic disorders like Type 2 Diabetes, but also psychological disturbances like depression and anxiety. And that is just the tip of the iceberg!

It is so bizarre to think that food could be making us sick, but anyone who has had a 3 year old at a bithday party and had to clean up the projectile vomit that inevitably follows the cakes, sweets and running around knows the truth. The body’s most effective way of getting rid of something it does not want inside our digestive system is to eject it – one direction or the other. This can become psychologically entrained in eating disorders such as bulimia and anorexia. That is gorging and starvation gone crazy.

Let’s look at some of the main players in the hunger/eating game, hormones/peptides that regulate the sytem throughout the day – Ghrelin; Neuropeptides K and Y; and Orexin. It is important to remember that almost everything in the body is multifunctional and so it is very difficult when you try to say that something does some particular thing, but let’s try and not complicate it too much. Just bear in mind that all these explanations are a bit simple, but we’re just trying to get a better idea of how things work.

Neuropeptides K and Y are messenger chemicals that are released in conjunction with the sympathetic nervous system. When we are under stress neuropeptide K is released to try and keep a bit of balance. There are two main stimulations: a desire to eat carbohydrates and a reduction in the desire to be active. This makes sense because the sympathetic nervous system is getting us ready to run or fight and neuropeptide K is there to stop us from running or fighting before we need to.

Trouble is, if there is no real danger and it is just our fear of failure or being a loser or being able to pay the bills or the mortgage or any of the other countless ongoing stresses we face every day, then we are not motivated enough and neuropeptides K and Y slow us down AND cause us to eat sugary food. Not good. Equally important is that our sympathetic nervous system is active first thing in the morning to spur us on to wake up. Eating breakfast helps to quell the stimulus of neuropeptides K and Y and settle us into a steady morning.

Ghrelin is released as we near the time to eat. It is a more rapid messenger and can account for some of the reasons we feel hungry when we do. Ghrelin works best when linked to our body clock (circadian) rhythms. Morning and afternoon snacks and lunch are meals that keep ghrelin in order. 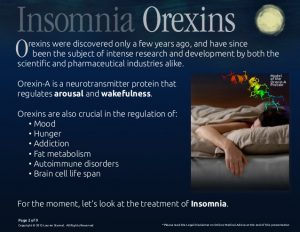 Orexin has a couple of versions, but is involved in maintaining awareness or keeping us awake. If you don’t have orexin working properly you can suffer from narcolepsy where you can fall asleep suddenly at any time of the day. Evening meals help to satisfy the orexin urges for food, but if you eat too late and especially just before going to bed then you stimulate orexin and you can make it hard to go to sleep. When you are not sleeping well you can stimulate ghrelin, which makes you feel hungry. Hence the midnight snack. This is compounded because the midnight snack is trying to produce tryptophan which is used to make serotonin which calms your mood and serotonin is used to make melatonin which puts your brain to sleep. No sleep, more orexin, more ghrelin, desire to eat, difficulty sleeping on full stomach, more stress, then neuropeptide K and a reduction in serotonin, which means less melatonin which makes it difficult to sleep, releasing ghrelin which makes you want to eat….

Wow! What a mess! But it is only a mess when you eat in a messy way. Here are the most important tips for “clean” eating, the kind that helps your mind and body stay in balance with your hunger needs and cues:

AND do you think for one minute that the fast food manufacturers don’t know all this, too? Sadly, we know much of the food industry efforts go to strategizing products for more cueing of ‘hunger’ and consumption, not for the health of the planet, the food supply, or us people.

Let’s be at least as smart, if not smarter than the people trying to manipulate us and our hunger hormones and peptides.

What do you think about eating?