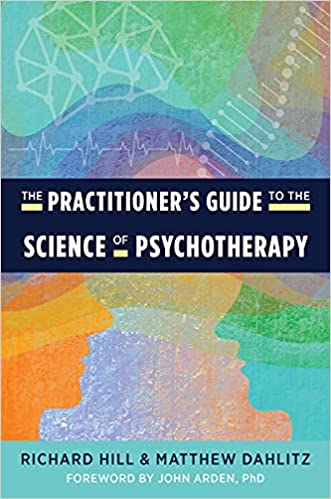 Let’s talk about this word “science”.

Words are curious things. They are a symbolic artefact that we use to send a representation of what is in our thinking across the “social synapse” to another person or people who, in the miracle of “communication”, are able to share thoughts and ideas. That is amazing! But one of the biggest problems in communication is that sometimes the meaning of the words is not consistent between speaker and listener. Most words have a common understanding, but when there is a difference, the beauty of communication can break down and people find they “do not understand” each other. I have written in other places about the way some very important words can have different definitions in different minds.

As an example, in my book, The Practitioner’s Guide to the Science of Psychotherapy (Norton, 2022), I describe the shift in meaning of the word “responsibility”. For many modern usage has shifted the meaning of responsibility to who is at fault, who is to blame, and who must make the effort to repair or resolve. This makes it an onerous word that many people try to avoid or reject. I suggest that the word is more useful and productive when we go back to its origin and see it as “response-ability” that describes our ability or lack of ability to have a beneficial response. I suggest that “responsibility” is not an onerous word about fault and blame, but an encouraging word about capacity and learning opportunity.

Another word that has gone through a radical, and in our view, unhelpful shift over the past couple of hundred years is “science”. Matt and I feel very strongly that we need to return to the historic, more humble, and inspiring concept of “science”. Applying the modern interpretation can completely change the meaning of the title of our book and the impact on attitude towards the book. Although we are not surprised, we are receiving some comments to the effect of “you can’t reduce psychotherapy into just facts and details” and “I’m not a scientist, so I don’t think I will understand this book” to the extreme of, “If this is about science, I don’t want to read it!”

So, what meaning is “science” representing that creates negative and resistant comments like that?

It seems to us that modern science is seen by many as a largely left hemispheric activity. As Matt’s essay about McGilchrist’s work describes (The Science of Psychotherapy magazine, March, 2022 see https://www.thescienceofpsychotherapy.com/sop-march-2022) – modern society and culture has become increasingly left-hemisphere dominant. In that neurobiological context, it is hardly surprising that science has become framed by reductionism; factual details; isolating study into differentiated “schools” and “disciplines”; elevation of the objective to the exclusion of the subjective; development of models to implement, and even impose, theory; and a deep caution of working outside of or integrating another discipline. In the modern era, “science” has become the determiner of what we need to know and what is correct about the human experience and our engagement with the environment within and around us.

We don’t suggest for a minute that the information that we discover in the various fields of scientific research is not valuable and even vital for our sociocultural development, but we do suggest that the source of information has been relegated. Science is seeking to discover what the world, life and living is all about. But we don’t need science to prove to us that the world, life and living exist. We need science to help us understand.

Western science, ever since the 17th century, has been obsessed with the notion of control, of man dominating nature. This obsession has led to disaster. – Fritjof Capra (1939- ) Austrian-American physicist, systems theorist and ecologist.

Capra makes this biting comment and takes us straight to the issue – control. And here is the difficulty, we need to control nature to some degree. Ever since we shifted from nomadic lifestyles around the agrarian revolution of 15-20,000 years ago where we began to settle around where we grew crops, humans have had to combat the problem of disease. There have been so many species-saving discoveries. Some deliberate through detailed research and some serendipitous, where nature showed us what was right in front of our faces, such as the ability of some moulds to kill bacteria. Thank goodness for Alexander Flemming’s lack of attention to cleaning up his lab!

Some of the greatest scientists have been speaking about the need to loosen the restrictions of the “scientific method” and the “scientific approach” and to remember the intention – to know more, so as to understand more, and to survive and thrive.

Nothing in life is to be feared, it is only to be understood. Now is the time to understand more, so that we may fear less. – Marie Curie (1867-1934) Polish radiologist and twice Nobel Laureate.

Marie Curie sacrificed so much in her exploration of the natural world. Astrophysicist Carl Sagan was another great mind lost too early, but he also saw the need to encourage science, scientists, and the wider population to be more open and expansive.

Science is a way of thinking much more than it is a body of knowledge. – Carl Sagan (1934-1996), American astronomer, astrophysicist and author.

Matt and I are seeking to explore a better understanding and to expand our personal capacities to engage in the mental health needs of our community. We both went to appropriate schools, colleges, and universities, and read many books and journals. It simply became more and more obvious that the more we learned, the better we were at recognising what our clients wanted and what might help them achieve that. We discovered the value of knowing more about the human beings that came to visit.

Everything that is new or uncommon raises a pleasure in the imagination, because it fills the soul with an agreeable surprise, gratifies its curiosity, and gives it an idea of which it was not before possessed. – Joseph Addison (1672-1719), English essayist, poet, playwright and politician.

Addison shows us the pleasure and the expansive power of learning is not just about the knowledge itself, but how it deeply affects the learner.

The mind that opens to a new idea never returns to its original size.- Albert Einstein (1879-1955) German theoretical physicist and Nobel Laureate.

I asked Matt for some of his thoughts:

It seems plain and self-evident, yet it needs to be said: the isolated knowledge obtained by a group of specialists in a narrow field has, in itself, no value whatsoever without its synthesis with all the rest of knowledge and only inasmuch as it really contributes in this synthesis toward answering the demand … “Who are we?” (Erwin Shrödinger, Science & Humanism)… Unfortunately, our modern universities still divide the disciplines, and rarely do these disciplines lend their knowledge to answer questions in another. A science that serves to reveal who we are is a collaborative, creative, and interdisciplinary pursuit – an undertaking that both understands the parts and the whole in context. One silo of theory or techniques is not the solution. The 21st Century therapist needs to be collaborative, creative, and not afraid of intertheoretical perspectives. The aim of our book and our online platform is to provide that collaborative, creative, interdisciplinary melting pot of ideas and techniques as we strive to discover both “who we are” and “how do we help ourselves”.

We have arrived at our current ideas on the shoulders of those before us,

Science knows no country, because knowledge belongs to humanity, and is the torch which illuminates the world.- Louis Pasteur (1822-1895) French chemist known as the “father of microbiology”.

While we still strive to be very clear about the value of scientific research for understanding and meaning through knowledge,

Man masters nature not by force but by understanding. That is why science has succeeded where magic failed: because it has looked for no spell to cast on nature. – Jacob Bronowski (1908-1974) Polish-British mathematician and philosopher.

We also need to keep clear in our awareness that people have been thinking about this for a long time and presenting suggestions, ideas, and proposals.

Philosophy is the mother of all science.- Marcus Tullius Cicero (106BC-43BC) Roman lawyer, scholar and philosopher

Comment is still active today. It seems that we need more reminders that science is not a separate thing, but a contributing element in the development of human existence and the understanding of the human experience.

Science without philosophy leads to chaos. Philosophy without science leads to nowhere. Only together they can construct a better world. – Abhijit Naskar (1991- ) Indian neuroscientist and author

And so, we present our book and online learning platform at the Science of Psychotherapy using, what we believe, is the original meaning of the word “science” – an integration of “the knowledge of things”, “the knowing about the world”, and “engaging in the process”. The purpose of differentiating the elements of the “whole”, as we have done in our detailed contents list, is described best by Ilya Prigogine, who developed the concept of self-organization in complex systems,

…differentiation between different parts of a system, or between the system and its environment [means that] … further processes that would be impossible in an undifferentiated medium may be switched on … to manifest its potentialities. [Differentiation is] … a prerequisite to information.

This tells me that seeking knowledge is not to control nature, or to be the healer of others, or to be the medicine man, or to be the expert, but to be more aware of the elements so that we are better able to recognise those natural elements within the client so we can astutely attune to their capacities to co-create a beneficial change in their lives. The therapist and client can co-creatively venture through the healing journey together, utilising their combined capacities to produce what is needed. I am comfortable to leave the final comment to Jules Verne, a scientist of imagination.

Science, my lad, is made up of mistakes, but they are mistakes which are useful because they lead, little by little, to the truth. – Jules Verne (1828-1905) French novelist, poet, and playwright.