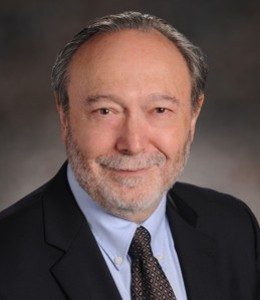 PhD creator and pioneer of the Polyvagal Theory, researcher, and author

Dr Stephen W. Porges is a Distinguished University Scientist at Indiana University, where he directs the Trauma Research Center within the Kinsey Institute.  He holds the position of Professor of Psychiatry at the University of North Carolina and Professor Emeritus at the University of Illinois at Chicago where he directed the Brain-Body Center. Dr. Porges is also Professor Emeritus at the University of Maryland where served as Chair of the Department of Human Development and Director of the Institute for Child Study. He is a former president of the Society for Psychophysiological Research as well as the Federation of Behavioral, Psychological, and Cognitive Sciences. He is a former recipient of a National Institute of Mental Health Research Scientist Development Award. Dr. Porges has published more than 250 peer‐reviewed scientific papers across several disciplines including anesthesiology, critical care medicine, ergonomics, exercise physiology, gerontology, neurology, obstetrics, pediatrics, psychiatry, psychology, space medicine, and substance abuse.  In 1994 he proposed the Polyvagal Theory, a theory that links the evolution of the vertebrate autonomic nervous system to the emergence of social behaviour. The Polyvagal Theory provides insights into the mechanisms mediating symptoms observed in several behavioral, psychiatric, and physical disorders.  This theory has stimulated research and treatments that emphasize the importance of the physiological state and behavioural regulation in the expression of several psychiatric disorders and provides a theoretical perspective to study and to treat stress and trauma. He is the author of The Polyvagal Theory: Neurophysiological foundations of Emotions, Attachment, Communication, and Self-regulation (Norton, 2011),The Pocket Guide to the Polyvagal Theory: The transformative power of feeling safe, (Norton, 2017), and co-editor of Clinical Applications of the Polyvagal Theory: The emergence of Polyvagal-informed therapies (Norton, 2018).