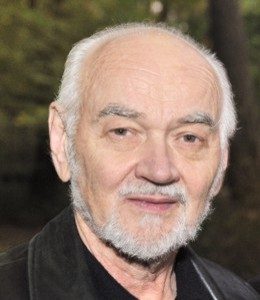 PhD (In Memoriam) pioneer in the field of affective neuroscience, researcher, author, professor, and international speaker

(In Memoriam) Jaak Panksepp holds the Baily Endowed Chair of Animal Well-Being Science in the Neuroscience Program of Washington State University’s College of Veterinary Medicine and is Emeritus Distinguished Research Professor of the Department of Psychology at Bowling Green State University. His research has pioneered the neuroscientific study of primary-process emotions in mammals.

He coined the term “affective neuroscience” as the name for the field that studies the neural mechanisms of emotion, not only from neuro-ethological but also experiential perspectives. His 1998 book, Affective Neuroscience, is a groundbreaking, foundational work. Dr. Panksepp has generated the first neural (opioid addictive) model of mother-infant social bonding, and various other basic affective processes, that have important psychiatric implications.

He is known in the popular press for his research on laughter in non-human animals, a topic that has led his extended group to identify several novel treatments of depression. His newest book is the The Archaeology of Mind (Norton, 2012). In addition, and along with Ken Davis, he developed the Affective Neuroscience Personality Scale as a potential bridge between basic preclinical and human research.