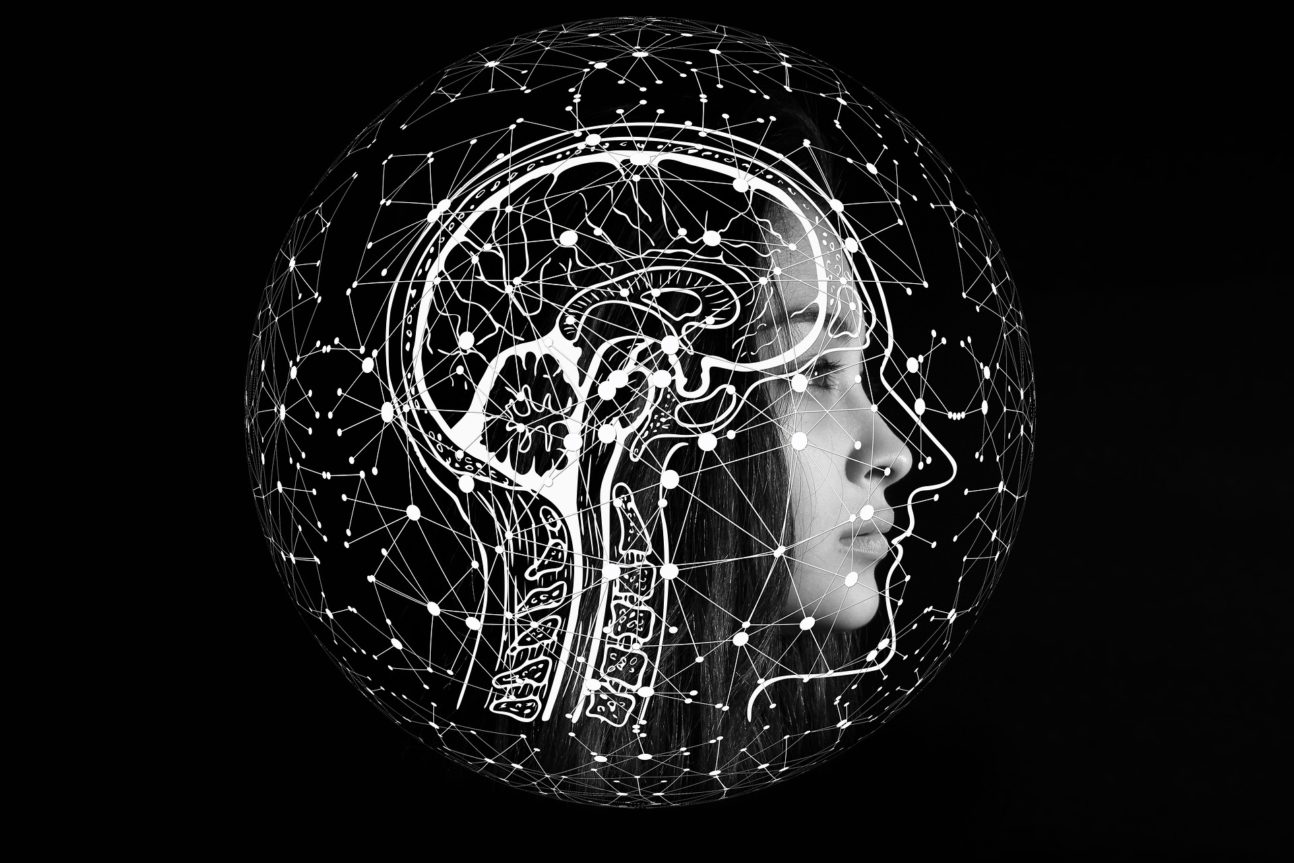 Hello! My name is Mary Meador and I am part of the Education Team at GAINS. The events of the last few months, sparked by the death of George Floyd, but rooted in thousands of examples of gross racial and social injustice, have broken me open. I am one of those white people who felt “color blind” and who would have said I was not racist. But now I know how ignorant I have been and from here on out, I want to step forward to listen, to try to understand, to work together and actively participate in dismantling the inequities that are embedded in our society.

We feel so fortunate to be able to dialogue with Dr. Lou Cozolino, our esteemed Advisory Board member and pioneer in the field of interpersonal neurobiology, in our next Living Journal webinar, September 9, 2020 at 1:00 pm PDT. We will discuss evidence that the origins of racial prejudice may be related to the rapid and unconscious activation of primitive fear circuitry. Here are two articles we will be talking about:

We encourage you to read the articles and participate in our discussion during the webinar.

Following, Dr. Cozolino writes some of his thoughts on the neurobiology of implicit bias, and the challenges of discerning genetic hard wiring from experience in culture. He concludes that we can actively work against the corrosive effects of racial prejudice by supporting cultural pride, self- esteem, and increasing integration and contact between the races. The references listed in this piece will be cited below:

Human history is plagued with examples of prejudice, racism, and genocides. In fact, the ubiquity of prejudice and racism seems to suggest that we are hard-wired to dislike, distrust, and even hate those who are different from us. The fact that conflicts and slaughter based on race, tribal affiliations, and religion continue unabated in the “modern” world only seems to strengthen the argument for prejudice as a basic component of human nature. Standing in stark contrast to this view are countless examples of harmony, cooperation, and acts of altruism that seem to contradict racism as a basic human truth. Because prejudice and racism are issues fraught with so much emotion, looking at them through the lens of science may offer some clues to their origins and potential cures.

Imagining the lives of our tribal ancestors, it is easy to see the survival benefit of developing a fast and reflexive system for rapid classification of unfamiliar others. Having our fear and vigilance circuitry reflexively activated by unfamiliar others would help us to avoid exposure to new diseases and direct physical harm through preemptive avoidance or attack (Schaller et al., 2003).

If these ideas about natural selection were to be tested, it would make sense that the social neuroscience of racial prejudice would be related to the rapid and unconscious activation of our primitive fear circuitry. It would then follow that these primitive reactions would lead us to distortions of sensory perceptions and social judgments that parallel those seen in social phobia. These distorted attitudes and perceptions would then become woven into culture, guiding everything from interpersonal behavior, to public policy, to international relations. Therefore, the most relevant questions facing us in this area of study are how do our brains process social information and how do we counteract those that are incorrect and harmful to others?

The inextricable connection between genetic hard wiring and experience in culture makes exploring these questions quite complicated. For example, research with African-American children in the 1940’s showed that they would choose white dolls over brown ones, describing the brown dolls as “ugly,” “not pretty,” or labeled them with racial epithets. White dolls were described as “good,” “pretty,” and “the best looking because they’re white” (Clark & Clark, 1950). Although it is difficult to sort out the relative influence of genes and culture, in this case, it is difficult to imagine that culture didn’t play the primary role in their descriptions.

Inculcated prejudice stretches from young girls to adult scientists. The hesitancy that many have to apply science to race is grounded in the enormous risk of unconscious prejudice masquerading as science. The usual result is that differences among cultures are interpreted on a good/bad dimension instead of the effects of experience and natural selection. “Scientific” research, published with titles such as Some Racial Peculiarities of the Negro Brain (Bean, 1906) from the anatomy laboratory of Johns Hopkins University, make it easy to recognize the thin line between science and prejudice.

Given that our self-concept is infused with our place in the family, neighborhood, and the general culture, prejudice becomes woven both into our brains and our developing sense of self. Racial disadvantages within society appear to accrue over a number of generations resulting in compounding psychological, social, and biological effects (Geronimus, 1992; Mays et al., 2007).

In an attempt to identify the neural substrate of prejudice, a number of studies have examined brain activation during exposure to pictures of same/other group faces. Because these studies have been performed at American universities where our most salient racial conflicts have occurred between African- and Caucasian-Americans, the studies reviewed here primarily focus on these two populations.

It turns out that the old statement “they all look alike,” where “they” are another racial group, may reflect an underlying truth of how our brains process same and other race faces. General results support a clear advantage in recognizing faces, distinguishing among faces, and in brain activation for same-race faces (Brigham & Barkowitz, 1978; Golby et al., 2001; Hayward et al., 2008; Malpass & Kravitz, 1969; Walker & Tanaka, 2003). Interestingly, the difference in recognizing African American faces by Caucasians disappears when African Americans have angry expressions, possibly due to heightened amygdala activity in the “face” of potential danger (Ackerman et al., 2006).

Neural processing for the recognition of other race faces results in longer periods of frontal activation, suggesting that they are processed less automatically and with greater effort (Herzmann et al., 2011). Supporting this idea is that fact that interracial interactions have been shown to impair executive functions; the extra frontal lobe activation required may divert neural processing away from other frontal functions (Richeson et al., 2003; Richeson & Trawalter, 2005). Consistent with these findings are those that show that stereotypes are automatically activated and require conscious inhibition to produce low-prejudice responses (Amodio et al., 2004; 2006; Devine, 1989). The overall result of these processing differences may lead us to think about individuals of other races in less complicated and more stereotyped ways (Linville & Jones, 1980).

Assuming that fear is at the heart of prejudice, a second line of research directly explored amygdala activation in same vs. other race situations. It was found that when Caucasians and African-Americans are shown pictures of other-race faces, they exhibit more amygdala activation and an enhanced startle response compared to same-race faces (Hart et al., 2000; Krill & Platek, 2009; Phelps et al., 2000). Although it takes approximately 500ms for a visual stimulus to reach conscious awareness, information about race is coded in just 50ms (Ito & Urland, 2003; Ito et al., 2004). Racial bias in face perception has been detected in the earliest stages of visual processing, well before conscious perceptions of who is being seen (Ofan et al., 2011; Walker et al., 2008). The rapidity of this “race response” results in the automatic and instantaneous frontloading of all of our past biases into the experience of each new person.

Thus, while our responses to people of other races are guided by bottom-up amygdala activation, they are also modulated by a variety of top-down cognitive and social factors (Blair, 2002; Lowery et al., 2001; Wheeler & Fiske, 2005). For example, other race speakers are seen as more forceful, powerful, and intimidating than a same-race speaker (Hart & Morry, 1996; 1997; Hass et al., 1991; Linville & Jones, 1980) and increased implicit prejudice is related to increased sensitivity to facial expression (Hugenberg & Bodenhausen, 2004).

So back to the issue of whether prejudice is learned or innate. To explore this question, instead of showing unknown faces, faces of well-known and well-liked African-Americans were shown to Caucasian subjects (Phelps et al., 2000). In these subjects, amygdala activation was absent suggesting that exposure and positive experiences of a person of a different race can counteract the effects of general cultural prejudice. While the interpretation of these results has been contested (Dasgupta et al., 2000), it does make intuitive sense that positive exposure is capable of inhibiting the activation of fear circuitry. The use of exposure paired with relaxation also happens to be the core of treatment for Phobias, Post Traumatic Stress Disorder, and other disorders that involve heightened amygdala activation and anxiety.

Like the social phobic, we may all employ avoidance strategies to modulate our anxiety with those of other races. So it may be that segregation and prejudicial labeling of others decreases our anxiety and creates the illusion of mastery and control. The lessons of history appear to support this interpretation. Segregation seems to perpetuate and enhance prejudice by keeping our brains from learning about one another, leaving us to analyze the faces of people from other races with less efficient neural circuitry, and making us more vulnerable to negative stereotypes and having our social judgments hijacked by our amygdala.

Once stereotypical attitudes and beliefs are inculcated, change requires “intention, attention, and time” (Phelps & Thomas, 2003). Because most children are exposed to some degree of racial prejudice, open discussion and increased interracial exposure work against prejudice turning into conscious beliefs and negative behaviors. Increased focus and awareness of the handicapped has also found to decrease discrimination in the same way (Langer et al., 1985). We know from studies of anxiety and fear that conscious labeling activates cortical neural networks that can regulate and inhibit emotional activity. Verbal encoding of African-American targets results in less amygdala activation in Caucasians, reflecting the ability of conscious processing to inhibit fear (Lieberman et al., 2005).

Conscious processing is directly involved with the inhibition and control of automatic implicit processing. So when the same race faces are presented for 500ms, or the time it takes to be consciously aware of what is being presented, amygdala activation is reduced while frontal activation increases (Cunningham et al., 2004). In other words, people with low levels of stereotyping have learned to inhibit their automatic responses and replace them with thoughts more reflective of equality. Via conscious effort, positive experiences, or consistent exposure, they have created an important break between reflexive prejudice and conscious thoughts and behaviors (Devine, 1989).

For African Americans, real and suspected racial prejudice may consistently reinforce the brain to remain vigilant and suspicious of Caucasians. This may be why African Americans reported that they prefer to interact with Caucasians who exhibit more racial bias than those who make an effort to appear unbiased (Shelton et al., 2005). Honest communication may actually be the best route to working through and getting past prejudice.

Self-perception of academic abilities combined with positive racial identity was found to correlate with school achievement despite the awareness of discrimination (Taylor et al., 1994). So, while the racist’s practices and beliefs remain a current reality, we can actively work against their corrosive effects by supporting cultural pride, self- esteem, and increasing integration and contact between the races. Issues of race also have the potential of stimulating the kind of self-awareness and perspective that could enhance and promote the development of wisdom.

People from other cultures, with different degrees of exposure, proximity, and prejudice need to be studied before we can arrive at any conclusions about the origins of racial prejudice. With the science of genetics revealing that the notion of race is far more a cultural construct than a biological reality, future study of how our brains react to one another can only help to shed light not just on the nature and etiology of the neuroscience of prejudice, but on how all of us who live on this increasingly crowded planet may learn to overcome our differences and discover the true wealth of human diversity.

Geronimus AT. The weathering hypothesis and the health of African-American women and infants: evidence and speculations. Ethn Dis. 1992;2(3):207-221.